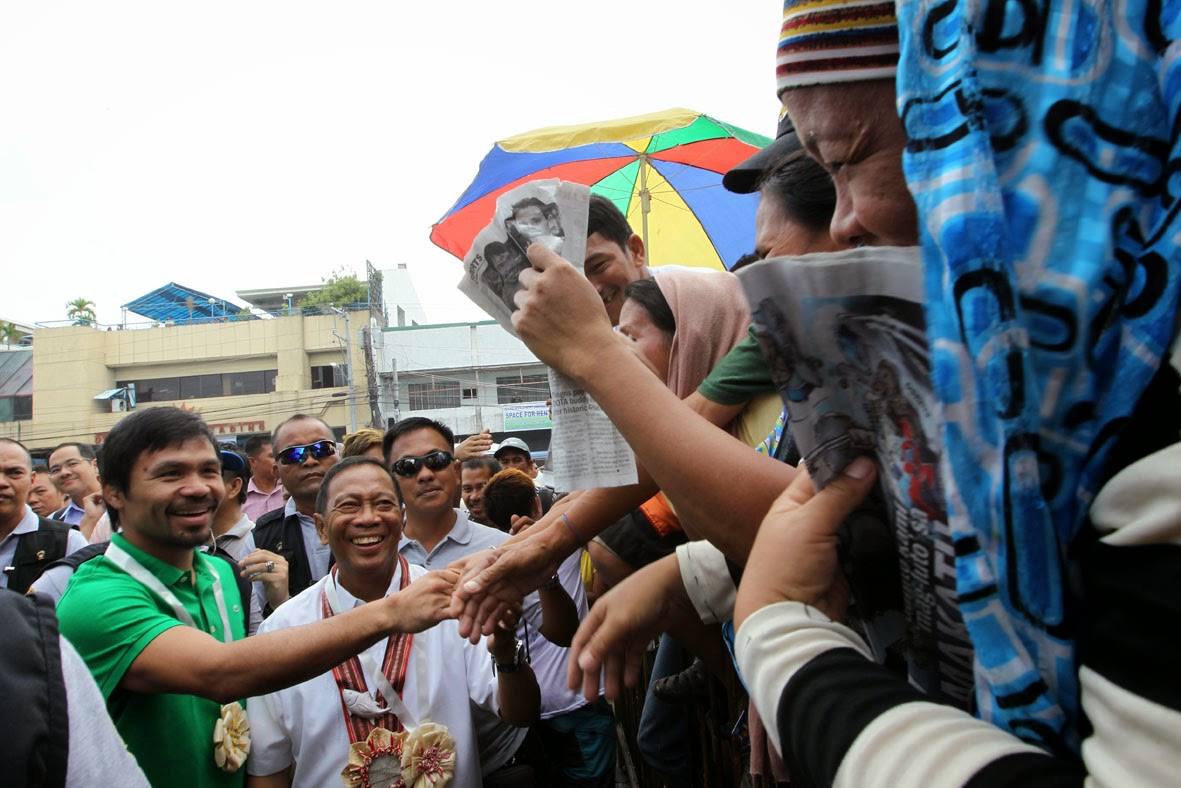 Asked if his presence at the airport to welcome the Vice President was a "show of support" for the beleaguered Binay who is facing corruption charges, Pacquiao skirted the issue and said that it was just his “duty (as Sarangani congressman) to welcome the second highest official in the land.

From the airport, Binay and Pacquiao went to the General Santos Public Market where they partook in a boodle fight with market-goers.

On the other hand, Binay described the surge in Pacquiao's survey rating as "good news."

A Pulse Asia survey conducted from Sept. 8 to 15 this year showed Pacquiao's chances of winning a senate seat improving to 31.3 percent from 25.6 percent in a June survey, putting him in 11th to 16th places.

The Vice President had earlier said that he would love to have Pacquiao, as well as Senator Ralph Recto, in his senatorial lineup.

Should they agree, they would join a powerhouse UNA senatorial slate that would include to the Buhay Partylist Rep. Lito Atienza, Senator Tito Sotto, and Valenzuela Rep. Sherwin Gatchalian as Binay's senatorial bets.
Posted by Bloggers Party List at 7:08 PM No comments: