The famed Tenement basketball court in Metro Manila, which includes the city of Manila and surrounding cities, is turning into a tribute to the late NBA star and his daughter, who died in a helicopter crash Sunday.

Visual artists at Tenement in Taguig quickly went to work, covering the popular basketball court with a mural of Bryant and his 13-year-old daughter Gianna, who was with him when the helicopter crashed in Los Angeles, locked in an embrace.

The Tenement Visual Artists have been working night and day to finish the mural, and others have stopped by to light candles, write personal messages and pay their respects.

Hundreds of residents and tourists are flocking to this basketball court in the Philippines to pay respects to late basketball star Kobe Bryant.

This small court, in the middle of a condominium block in Taguig City, Manila, has become the focal point of tributes to the LA Lakers legend who died in a helicopter crash on January 26 alongside his 13-year-old daughter, Gianna. 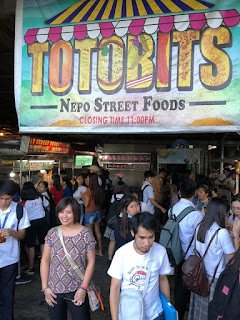 Footage shows how tourists and residents in the basketball-loving country are flocking there to paint tributes on the walls surrounding the court.

Residents are laying flowers and posing and praying at a shrine with several portraits of Bryant in his LA Lakers kit.

''The artwork is a tribute to Kobe Bryant and his daughters and the victims of the accident. It's a form of our prayer, to give love and honour," said Mike Swift who helped create the tributes.

''All over the world, people are coming here to pay respect and show love and to mourn, to mourn Kobe Bryant, mourn Gianna. It's all our loss.''

Bryant was extremely popular across Asia, and especially in the Philippines, where basketball has been popular since the beginning U.S.'s occupation of the country in the 1890s, the Philippine Star points out. American teachers introduced baseball and basketball to Filipinos, and it became the country's most popular sport.

In addition to a painting, people wrote personal messages such as “Gone but never forgotten,” “Born to be super star” and “Legend will be legend.”
Posted by Bloggers Party List at 7:26 PM 2 comments: