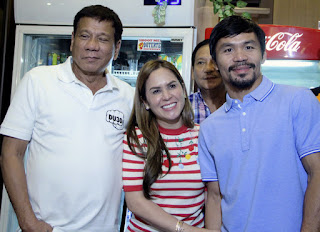 Just last month, a reporter asked if he would still continue boxing if he became president. Pacquiao replied: “I hope so.”
Posted by Bloggers Party List at 1:43 AM 1 comment: