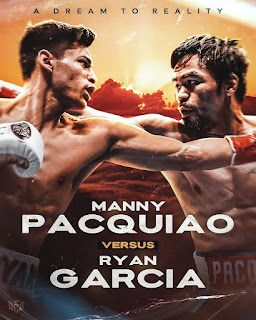 All of us have heard the parade of possibilities for “next” for Manny Pacquiao, from Errol Spence to Terence Crawford, to UFCer Conor McGregor. When word started going round that “King” Ryan Garcia, the 22 year old hitter, was in the mix to meet the 42 year old living legend, eyebrows raised.

Garcia is a major rising star, while Pacquiao is still one of the biggest names in global boxing, and this fight would be a huge get for DAZN, whose global presence is in its infancy. Garcia is becoming a key star for their boxing brand, while Pacquiao has never fought on the streaming service, but is a promotional and broadcast free agent who can go where the best offer is, and DAZN would definitely have to pony up big bucks to get Pacquiao on board.

The 22-year-old Garcia recently expressed his desire to face Pacquiao shortly after his seventh-round technical knockout of Luke Campbell earlier this year.

The defeated McGregor was the most talked-about possible opponent for for Pacquiao, who has not been in the ring since his win over Keith Thurman in July 2019.

Well, this one is a game changer, this fight puts Garcia, coming off a win over Luke Campbell on Jan 2., in a position to become a legit lead dog who’d get to within sniffing distance of industry pack leader Alvarez. 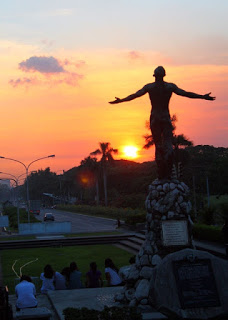 Pacman, who turns 43 in December, will be seen as the favorite by plenty of pundits and fans who believe he has enough left at this advance age, and with a full load as a Senator in the Philippines, to show the pup he’s still of a certain grade.

Pacquiao had recently seemed focused on a possible mega-fight with UFC superstar Conor McGregor, but with McGregor being knocked out by Dustin Poirier at UFC 257, Garcia may be the most intriguing option for him. Manny probably would be the favorite here, while a fight with Errol Spence Jr or Terence Crawford would see the aged legend as the underdog.

This after a report by Mike Coppinger of The Athletic that there are already talks between Pacquiao's camp and that of WBC interim lightweight champion Ryan Garcia.

Per Coppinger, "preliminary discussions" are going on between the two camps.

If this happens, how interested are you? What kind of fight would you expect?