The Richest Fight in History 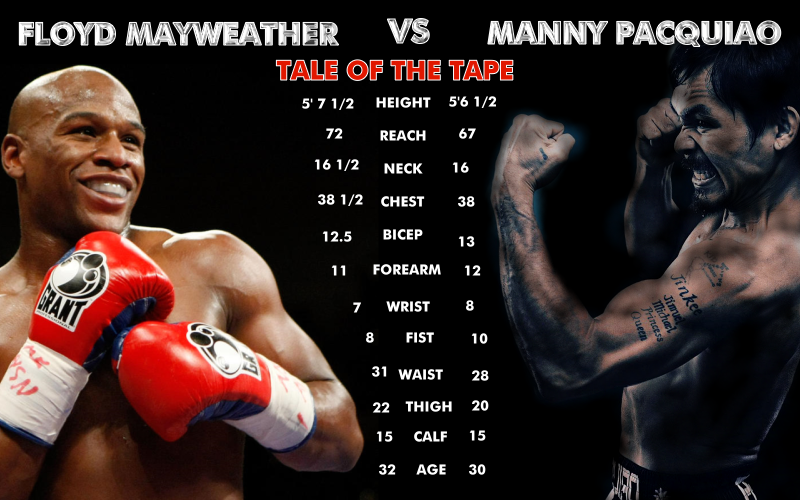 If not the biggest boxing event of all time, it sure will be the richest with a reported $250 million being split $150m to Mayweather and $100m to Pacquiao in a single fight deal. Some industry pundits say these figures could be a little exaggerated with the purse more likely to be $200m, split $120m and $80m respectively by Mayweather and Pacquiao.

In addition to the rich TV rewards, there will be a $40m gate at Mayweather’s favourite stomping ground, the MGM Grand. Ticket pricing hasn’t been confirmed yet, but it won’t come cheap. With the $350 to $2000 tickets for the Mayweather/Canelo-Alvarez fight selling out in less than 24 hours, it is expected that there will be a significant increase on these prices. 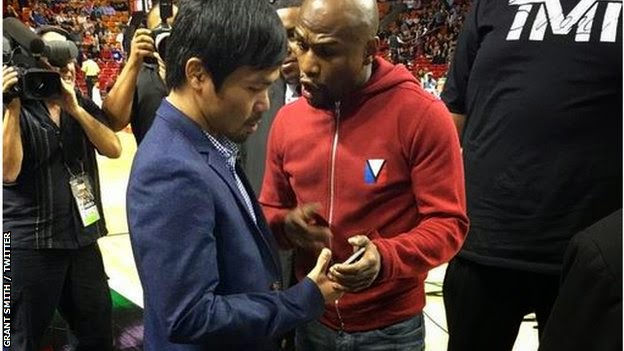 Stephen Espinoza, the General Manager of Showtime Sports, said in a statement: “Everyone involved, including Floyd Mayweather and Manny Pacquiao, knows this fight simply had to happen. All of us are thrilled to be able to deliver this event to boxing fans around the world.”

The fight should put an end to the speculation about who is the greatest boxer in this era, and also stop the taunts that Mayweather has faced about ducking the fight in order to protect his undefeated status. Of all the possible fights talked about for the last five years, boxing fans around the world are most looking forward to the Mayweather/Pacquiao pairing. If the fight itself turns out to be as spectacular as they all hope, May 2nd 2015 will be a great day for the sport.
Posted by Bloggers Party List at 4:32 PM