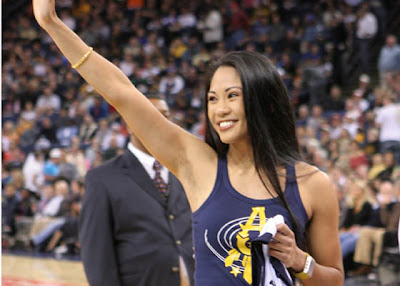 Anna Julaton was defeated by challenger Yesica Marcos in a unanimous ten rounds decision in front of the 27,000 strong Argentinian fans and lost her WBO Women’s Super Bantamweight Title. Scoring for the bout were Jose Roberto Torress (98-91), Ignacio Robles (96-92) and Cesar Ramos (98-92) all in favor for Yesica Marcos.

The match went the full 10 rounds with the 31-year-old Julaton losing via unanimous decision over the undefeated and younger Marcos.

Julaton, who knocked down Marcos in the second round, dropped to 10-3-1 win-loss-draw with one win by way of knockout.

Marcos remained undefeated with a 19-0 record with six KOs against one draw.

The Filipino-American Anna “The Hurricane” Julaton scored a knockdown through a left hand jab to the jaw in the second round but the Argentinian Ramos was able to recover quickly on the next round and started pummeling the defending champion.

Yesica Marcos was using a different tactics during the game especially after her knockdown in the second round as she experimented with her southpaw jab that frustrate Julaton on the next round.

The southpaw combination from Marcos works well for her as she followed it up with a right cross power shots to the body and to the face of Anna Julaton.
Posted by Bloggers Party List at 7:20 PM