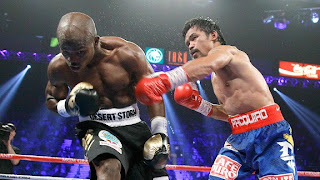 It would be the first loss since 2005 for the ‘People’s Champ’ after losing via split decision to the ‘Desert Storm’, who is now the new WBO World Welterweight champion. Judges CJ Ross and Duane Ford scored it in favor of Bradley while Judge Jerry Roth scored it in favor of Pacquiao. Many believed that Pacquiao won the match.
What would seem like a failure or a flaw of the judging system implemented in boxing matches actually goes deeper, if a confidential report coming from Malacañang is to be believed.
According to our source, the confidential document contains findings by the intelligence community that concludes China as the one who was actually  behind the loss of the country’s prize-fighter. China apparently paid off the judges so that Pacquiao would surely lose the fight when it comes time to judge it. They were confident that the match would go to the scorecards because the gloves that the boxers used were specifically made in a factory in Tianjin, China. Said gloves had special materials that would soften the impact of the punches and minimize the chances of a knockout.  The original plan  was to payoff all the judges so that Pacquiao would lose unanimously, but being stingy that they were, China decided to just go with two judges hence the split decision.
The bribery was all part of the country’s grand scheme to destabilize the Philippines and to demoralize Filipinos, in an operation dubbed “打倒菲律宾人的骄傲 or “Bring Down Pinoy Pride” when translated to English.
This is China’s retaliation against the Philippines due to the ongoing dispute on Scarborough shoal which started a few months back. Authorities believed that China has targeted our weak spot when it decided to attack our pride. “Wala naman kasi tayong military installations or key strategic buildings na puwedeng atakin to speak of (We don’t even have military installations or key strategic building that they can attack to speak of),” said one high-ranking official of the Armed Forces of the Philippines (AFP).
Many Filipinos were shocked and upset with the outcome of the boxing match. Even Pacquiao’s mother, Mommy Dionesia, fainted upon hearing the news of her son’s loss. But what is alarming is the fact that China state television network China Central Television (CCTV) featured the fainting incident in a humor inspired segment, similar to that of Marc Logan’s; as propaganda for its people to mock the Philippines.
Recent events that have transpired would lend credence to the findings by Malacañang and would indeed seem like China was behind the following events to demoralize Filipinos:
Dr. Ignacio Sanchez, head of Human Behavioral studies at the Universal College of the Philippines; who recently did a study on criminals, believed that China also perpetuated the outcome of the impeachment trial of then Chief Justice Corona.

“After masterminding the shocking result of Season 11 of American Idol, China then gave hope to the Filipinos when it orchestrated a 20-3 guilty vote for the impeachment of the Chief Justice,” explains Sanchez. “But it then quickly pulled-out the rug underneath us all by cancelling the basketball game,  launching the ‘racist’ ad to  dishearten the Philippines and the shocking results of the boxing match.”
.
The doctor likens this tactic to a man who humiliates another man by pulling down the latter’s pants in front of the public after rescuing him from the brink of death (i.e. speeding truck, psycho mugger, asthma attack). “It’s catching you off-guard when you least expect it, or when you think that you’re on top of the world,” said Dr. Sanchez. “It’s very disheartening indeed. A perfect one-two-three counter-punch combination”
.
The confidential report also narrates in detail the final coup de grace of Operation 打倒菲律宾人的骄傲. It describes a strategic pull out of all things Chinese from the Philippines that would ensure total destabilization of the country.

The ‘final push’ would anger, dishearten, bankrupt and depress adults and children alike that would send a chilling effect to the entire archipelago. And when the entire nation is down, that is when China would claim victory and proceed to occupy Scarborough Shoal. “If Filipinos are getting depressed by non-favorable contest results, what more would they feel if something big indeed happen,” said a Chinese diplomat who wishes to be unnamed.
The government is already coming up with contingency plans to provide substitutes for the above mentioned services, in case China indeed pushes through with the final stage of their plan.