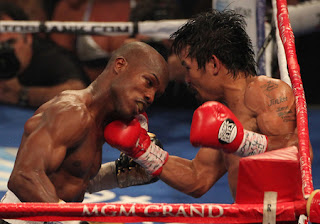 In what was one of the most shocking decisions in boxing this year, Bradley was named the victor in their WBO welterweight clash last June 9, with judges Duane Ford and CJ Ross scoring the bout 115-113 in his favor. Only Jerry Roth scored the bout for Pacquiao, 115-113.

The result was derided by boxing media – most of whom saw Pacquiao winning by a wide margin – and fight fans, who suspected that there was a conspiracy which led to Bradley's victory.

Because of the controversial result, the WBO decided to take action, with Valcarcel saying that they will "take measures in accordance with the rules of procedure."

Despite the panel’s review, the WBO cannot reverse the decision of the judges on fight night.

"The only thing that we can do is authorize a rematch," Valcarcel told RingTV.

Pacquiao and Bradley’s fight contract contains a rematch clause, scheduled for November 10, but Top Rank officials – including chief executive Bob Arum and president Todd DuBoef – have said that they will most likely not push through with it.

Instead, Pacquiao may fight Mexican rival Juan Manuel Marquez for a fourth time this November.

Arum lauded the WBO's findings as a "Solomon-like conclusion."

"Paco is a good man, he really is. I have great respect for him and what he says. It's appropriate for him to make that final conclusion," the promoter told RingTV.

Arum said he will have to talk to Pacquiao about what he wants to do for his next bout.

"My first stop on any quest to determine what to do next is that I have to talk to the guy who is the money generator, and that's Manny Pacquiao," he said. "And I have to determine after discussions with him what he wants to do next, and we'll go from there."

Pacquiao is currently in the Philippines, where he is attending to his constituents in Sarangani after the province experienced severe floodings due to Typhoon "Butchoy."

Bradley is confident that he defeated Pacquiao, telling his supporters in Palm Springs, California that he won the fight eight rounds to four.

Pacquiao, for his part, has repeatedly asked his fans to accept his loss, as well as to not blame Bradley for the judges' decision.

The bout is also under investigation by the Attorney General of Nevada after a request filed by Arum. The Nevada State Athletic Commission, led by director Keith Kizer, will also review the video along with the three judges.
Posted by Bloggers Party List at 7:21 PM